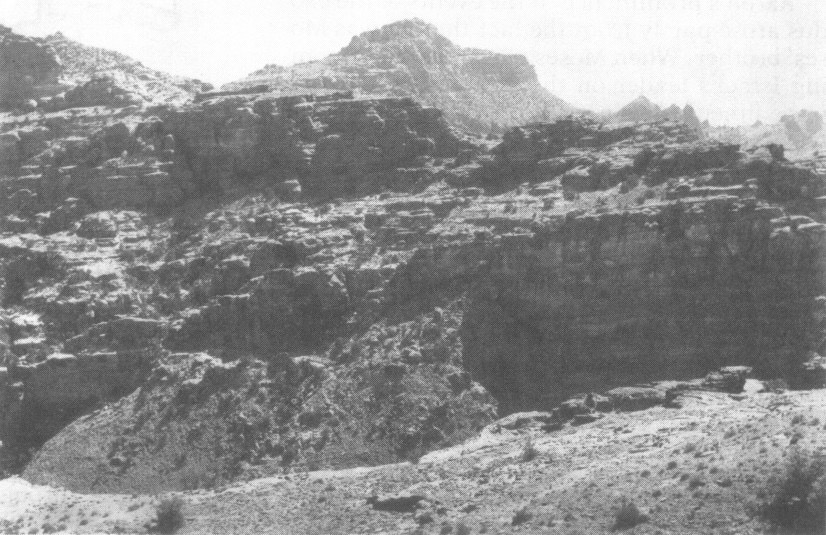 Aaron. Moses’ brother and Israel’s first high priest. In the biblical Books of Exodus, Leviticus, and Numbers, Aaron was Moses’ spokesman and assistant during the Israelites’ exodus from Egypt. Aaron was three years older than Moses and was 83 when they first confronted the pharaoh (Ex 7:7). Their sister Miriam (Nm 26:59) must have been the eldest child, old enough to carry messages when the infant Moses was found by the pharaoh’s daughter (Ex 2:1–9). Aaron’s mother was Jochebed and his father was Amram, a descendant of the Kohath family of Levi’s tribe (Ex 6:18–20).

Aaron and his wife Elisheba had four sons (Ex 6:23), who were to follow him in the priesthood (Lv 1:5). Two of them, Nadab and Abihu, violated God’s instructions by performing a sacrilegious act while burning incense, and were burned to death as a result (Lv 10:1–5). The priesthood was then passed on through the other two sons, Eleazar and Ithamar, who also sometimes failed to carry out God’s instructions precisely (Lv 10:6–20).

Aaron’s prominence in the events of the exodus arose partly from the fact that he was Moses’ brother. When Moses tried to avoid becoming Israel’s leader on the grounds of a speech impediment, Aaron’s ability as a speaker was recognized and used by God (Ex 4:10–16).

Events of Aaron’s Life. The Hebrew people were slaves in Egypt at the beginning of Aaron’s life. Raised as an Egyptian by one of the pharaoh’s daughters, Moses had fled into the Midian desert after killing a cruel Egyptian taskmaster (Ex 1; 2). When God sent Moses back as a liberator (Ex 3; 4), he also sent Aaron out to meet Moses in the desert (Ex 4:27). Moses was a stranger to his people after so many years of exile, so Aaron made contact with Israel’s elders for him (Ex 4:29–31). When Moses and Aaron went to see the pharaoh, God told the Egyptian monarch through the two of them to “let my people go” (Ex 5:1). When the pharaoh made life even more miserable for the Hebrew slaves, God began to show his power to the Egyptian ruler through a series of miracles (Ex 5–12). God performed the first three miracles through Aaron, using a rod (probably a shepherd’s staff). The pharaoh had his palace sorcerers do similar tricks with their “magic wands.” After God brought a plague of lice over all Egypt, the Egyptian magicians admitted defeat and said, “This is the finger of God” (Ex 8:19). Then God brought on more plagues through Moses, culminating in the death of all the Egyptians’ firstborn sons.   V 1, p 2    p 2  Aaron was with Moses (Ex 12:1–28) when God revealed how he would “pass over” the properly marked homes of the Israelites, sparing their children on the night the Egyptian children died. That event was the origin of the Passover feast still observed by Jews today (Ex 13:1–16).

V 1, p 2    p 2  After God led the Israelites to safety and destroyed the pursuing Egyptians, Aaron participated with Moses in governing the people on their long wilderness journey to the Promised Land (Ex 16:1–6). Aaron figures in many incidents recorded in Exodus and Numbers, such as the gathering of manna, the food God miraculously provided (Ex 16:6–36). Later, battling against Amalek’s army, Aaron helped hold up Moses’ weary arms in prayer to maintain God’s blessing (Ex 17:8–16). Although always subordinate to Moses, Aaron seems to have been recognized as an important leader (Ex 18:12). God summoned him to assist when Moses received the Law on Mt Sinai (Ex 19:24). Aaron was among the representatives of the people who ratified God’s statutes, the “Book of the Covenant” (Ex 24:1–8). Aaron went with those leaders partway up the holy mountain and saw the vision of the God of Israel (Ex 24:9–11). With Hur, he was left in charge when Moses was with God on the mountaintop (Ex 24:13–18).

Moses was gone for over a month, and in a moment of weakness Aaron gave in to the people’s request for an idol to worship. He melted down their gold ornaments to make a golden image of a calf (Ex 32:1–4). (The Israelites had probably been influenced in Egypt by the cult of Apis, a fertility god in the form of a bull.) At first, Aaron seemed to think he might be doing something acceptable to God (Ex 32:5), but things got out of hand and a drunken sex orgy took place around the idol (Ex 32:6). God was angry enough to destroy the people, but Moses interceded, reminding God of his promise to multiply Abraham’s descendants (Ex 32:7–14). Moses confronted Aaron furiously about the immorality and idolatry, which Aaron blamed on the people without admitting any guilt of his own (Ex 32:21–24). Although the adulterers were punished by death (Ex 32:25–28) and the whole camp by a plague (Ex 32:35), Aaron was evidently not punished. In a retelling of the events, Moses said that Aaron was in great danger but was spared because he had prayed for him (Dt 9:20).

In their second year of nomadic wilderness life, Aaron helped Moses carry out a census (Nm 1:1–3, 17). Eventually, Aaron may have become jealous of Moses’ position of leadership, for Miriam and Aaron began to slander their brother, even though the elderly Moses was by then more humble than any man on earth (Nm 12:1–4). God’s anger toward the two was averted by Moses’ prayer, although Miriam did suffer for her sin (Nm 12:5–15). Aaron again seems to have escaped punishment entirely. With Moses, Aaron opposed a rebellion at Kadesh (Nm 14:1–5). He stood with Moses against a later revolt (Nm 16). When God punished that uprising with a plague, Aaron performed a priestly act of running among the people with burning incense (Nm 16:46–50), and the plague was stopped. After a final incident at Meribah, where the Israelites almost revolted again, God accused Moses and Aaron of having failed to take him at his word and denied them entry into the Promised Land (Nm 20:1–13). Aaron died at the age of 123 on Mt Hor, after Moses had removed his elaborate   V 1, p 3    p 3  priestly garments and put them on Aaron’s son Eleazar (Nm 20:23–29; 33:38, 39).

Aaron and the Priesthood. Because it marked the beginning of the priesthood in Israel, the consecration of Aaron to his office was both instructive and solemn. Nothing was left to human ingenuity; all was precisely commanded of God. There were three ceremonies: washing, clothing, and anointing. When the tabernacle was finished, Aaron and his sons were set apart to the priesthood by washing (to signify purification), clothing with official garments (for beauty and glory), and anointing with oil (to picture the need of empowering by the Spirit; cf. Ex 28; 40:12–15; Lv 8). Aaron thus became the first high priest, serving nearly 40 years. The sumptuous garments of Aaron as high priest underscored the sanctity of the office (Ex 39). All the priests in Israel had special garments (predominantly linen), but Aaron’s were even more distinctive (Ex 28:2). He wore a girdle and a breastplate with the names of the 12 tribes of Israel inscribed on it (Ex 28:9, 10, 21, 29); also in a pouch in the breastplate were the Urim and Thummin, which were used to ascertain the will of God in certain matters (v 30). In addition, he had a turban with a plate of gold upon which was engraved the words “Holy to the Lord.” He was the chief mediator between Israel and God. The character of his office was hereditary; this is attested to by his sons’ wearing his garments when they succeeded to the office of high priest (Ex 29:29, 30; Nm 20:25–28). Although all priests were anointed with oil, the anointing of Aaron and his successors was distinct from that of the ordinary priests (Ex 29:7; 40:12–15; Lv 8:12). Because the priesthood was inherited, all subsequent priests had to trace their ancestry back to Aaron (Ezr 7:1–5; Lk 1:5). Also, a sharp distinction was always drawn between the family of Aaron and the rest of the Levites (cf. Nm 3:4). Thus, the high priest was designated as the “anointed priest” in a special sense (Lv 4:3, 5; 6:20, 22; 21:10).

Because of Aaron’s priestly role, the NT looks back upon him as prefiguring the Messiah of Israel. Jesus Christ was appointed high priest (Heb 3:1, 2) in the same way that God chose Aaron (Heb 5:1–4), but he was described as a greater high priest than Aaron (Heb 7:11–28). The writer of Hebrews may have had Aaron in mind when he wrote that “the law appoints men in their weakness as high priests,” in contrast with God’s Son, “who has been made perfect for ever” (Heb 7:28).